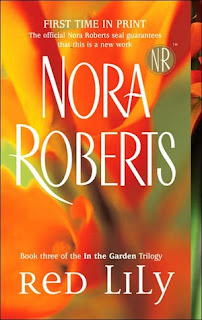 In The Garden Trilogy -Book 3

A very satisfying end to the In the Garden trilogy.

Again, as with many of Nora's books, it was Harper, the male lead who I found to be the most interesting character. I liked his quiet, introspective ways, as well as his lean, hot sexiness, of course. And I liked him and Hayley together as a couple. They worked for me.

My one regret about this trilogy is that we didn't get a romance for David, Harper's best friend, Roz's right hand man and housekeeper and the best cook and babysitter alive. *grin* Yeah, I'd like Nora to be writing a little bit of gay romance. I'd be totally down with that.

So, looking for a fun and sexy romantic trilogy with fun heroines and sexy heroes and lots of terrific dialogue and hot sex scenes? Give the In the Garden trilogy a try. I don't think you'll regret it.
Posted by Evaine at 12:38 PM No comments: 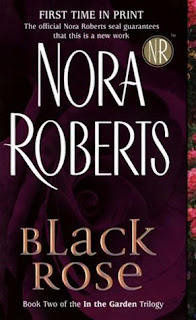 In the Garden Trilogy - Book 2

I want my own Mitch Carnegie.

That being said, you can guess that I loved this second book in the In The Garden trilogy. Roz, the indomitable Rosalind, the 47-year old heroine (Yes, 47 years old, my friends.) totally engaged me. A case could be made that it's because she's very close to my own age of 51 and I would have to admit to it being a very good case. It was totally refreshing to see a woman with grown children portrayed as a vibrant, sensual being with a wonderfully dry sense of humour.

And then there's Mitch. The sexily studious professor/writer and genealogist. He's so wonderfully calm and low-key - until stirred up by the wonderful Roz, of course! And, God love him, he wears sexy glasses! And he's a recovering alcoholic (12 years sober). Now that's something you don't see in a romance every day.

It was wonderful to watch Roz blossom (it's a flower trilogy, okay!) as she allows herself to follow through on her feelings for Mitch. Take time for herself, now that her boys are grown and her business is rolling along swimmingly well. She's one cool lady, in my opinion.

The ghost of the trilogy, the Harper Bride, makes her obligatory shit-disturbing appearances and we get closer to finding out exactly what she wants. But really, that's secondary to the love story between Roz and Mitch.

As usual, Nora Roberts' male characters are funny, sexy, flawed and wonderful and totally elevate her stories above the norm for romantic fiction. Yep, I really, REALLY loved this book. It was a sexy, fun read and I feel pretty safe in saying I'll be reading it again in the future.
Posted by Evaine at 12:32 PM No comments: 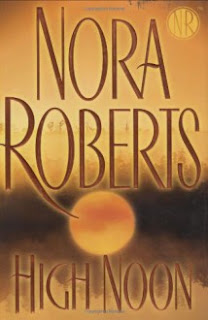 I enjoyed it. It wasn't quite what I was expecting, that I'll have to admit. The romance between Phoebe and Duncan was not front and centre throughout the majority of book, but instead, ran neck and neck with the mystery/threat of the 'stalker'.

The book read as having a little more J. D. Robb flavouring in it than many of the Nora Roberts titles I have read. And that was okay!

What I did miss, though, was that because of the mystery being more prominent, I felt that I didn't get to explore Duncan's character more. Nora's strength, or one of them at any rate, is her ability to write fun, flawed, sexy, quirky male leads and I felt she just scratched the surface with our man Duncan. But all in all, a very enjoyable read.
Posted by Evaine at 12:32 PM No comments: 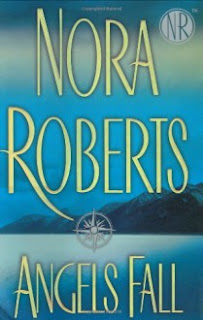 This was a terrific book! I didn't think I was going to enjoy it in the beginning. I wasn't finding much sympathetic about Reece, the heroine. Her intense phobias, though very understandable given her past, grated on my nerves. I was feeling it was overkill, a total manipulation on the author's part to gain the reader's sympathy. But somewhere around chapter 4, she really began to grow on me. Under all those fears and phobias, she actually had some backbone.

Coincidence that it began to show itself when she began to interact with the hero? And I don't mean in that obvious, run-of-the-mill romance novel way. Nope, just good writing on the part of the author, I think.

And, Brody, the oh-so-male mystery writer. Hot damn, but he's a sexy piece of work. And proud owner of about every 'guy' cliche going. He should be unlikeable, but he's not. He's amusing and funny and just utterly delectable. Yeah, I fell in love with him too.

The dialogue between Reece and Brody is priceless. Clever, flip, sarcastic, witty and so laugh-out-loud when Reece finds herself saying exactly what's on her mind. I grew to love the both of them.The mystery driving this story was a good one. Took me a long, long while to even get a suspicion of who I thought the bad guy might be. And I really enjoyed the resolution, I have to admit. A really, really good read. Definitely in my Nora Roberts Top 5.
Posted by Evaine at 12:29 PM No comments: 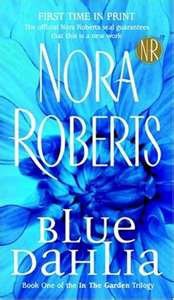 In the Garden Trilogy - Book 1

I will say, the best scenes in the book for me - and there were many scenes of all sorts that I loved - but the best were the scenes with Logan and the two boys. I laughed aloud at their antics on more than one occasion. Nora is at her best with the dialogue in these scenes, in my opinion.

Oh, and did I mention the ghost? Yeah, spookies! The Harper Bride ghost gave extra oomph to the plot surrounding the In The Garden nursery and garden centre that is the reason for these women to have come together.

All in all, a very enjoyable read and I'm on to part 2 of the trilogy with high hopes!
Posted by Evaine at 12:27 PM No comments: 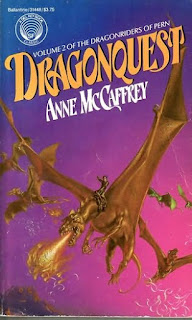