The Gravedigger's Brawl by Abigail Roux 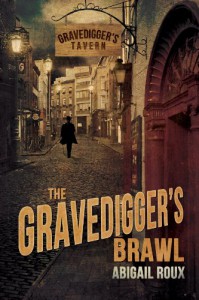 I love Abi's books. Her Cut & Run series remains a huge favourite and her According to Hoyle is stellar. But this one... this book... I just don't know.

The premise is nifty. Ghosts, museum curators, a popular tavern in the historical district and on the surface, the characters seem like a cool bunch of folks that I'd want to get to know. But maybe that's the problem. I never got to know the main antagonists, Wyatt, the museum curator and Ash, the bartender, more than what they showed on their surface. I don't feel as if I'm coming out of the story knowing them any better than when I went in.

The story itself feels very jerky and I found myself often turning back a few pages because I thought I had missed something. But no, it was just a sudden jump to what felt like the middle of a new scene. The clues to what was going on seemed to be rather sparse up until the last ... oh... 2 chapters of the book, maybe even the last chapter and then all hell broke loose. I think I'd have preferred more depth throughout the story.

There were other things as well. I never understood why Wyatt's best friend, Noah, kept telling him he should stay away from Ash (all the while wanting them to get together.). Hell, I never really understood why Ash and Wyatt kept pushing each other away. And in the end, I don't really know why Ash and Wyatt fell for each other. I feel like I know more about the workings of Caleb and Noah's relationship than the MCs.

In the end, I think it feels to me that this book needs more work maybe?

I know a lot of folks love this book. I just find myself wondering why. :/

Posted by Evaine at 2:59 PM No comments: 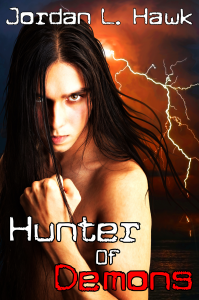 This is the first book in the SPECTR series and it is available right now as a free download from Kobo Books. There is Caleb, the unregistered paranormal, Gray, a wandering vampire-like spirit who becomes trapped in Caleb's body and John, the federal agent/exorcist. There is a case of a murderous demon that needs solving. Throw this all together with Jordan Hawk's easy to read style of writing and BAM!

We have a winner.

So much of a winner that I was barely 3/4s of the way through it and I was back at Kobo buying the rest of Series 1.

Dragon's Eye by James A. Hetley 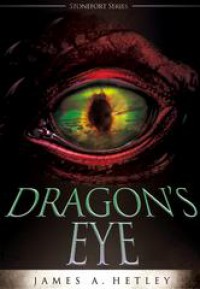 What a pleasant surprise! A good friend of mine, with whom I don't share many reading preferences, mentioned that this author was one of her favourite fantasy authors. Now, as far as I know, fantasy isn't her usual thing, so curious me, I took a look at the link. I liked the sound of it and asked her if this was a good place to start with this author and she said yes and admitted that he was a friend of hers. So, all that being said, I cracked open the book - virtually, on my new Kobo H2O. *LOL*

Hetley has a definite authorial voice. It took me a few chapters to get used to his way of writing. It's by no means bad, or off-putting, or anything negative, it's just different. If I had to describe it, he sounds very Canadian. *LOL* Even though he's not. He comes from Maine apparently, where the book is set. Maybe that's close enough. :)

So we're not talking fantasy made up of elves and dwarves and wizards and mystical realms here. This is modern fantasy with nature witches, Native American traditions and mythologies, a little Welsh water magic thrown in along with a dash of dragon and some ... South American magic? It all works. :)

And the characters! OMG, I really came to love them. They're so far from perfect that at times I really disliked each and every one of them but that just made them all the more real. I quite enjoyed the emphasis on the women's perspective. It came across as very real, very sensible and not ... how can I say it... not Mary Sue-ish perfect?

If you're looking for a new contemporary fantasy author to try, I would easily recommend James Hetley. I don't know how well he's known, all I know is that I'd never heard of him before my buddy mentioned him. And you know what? I could see this being made into a TV series along the lines of True Blood or Charmed or The Witches of East End.

And yes, while this is the first book in a series, it definitely does stand alone, no cliffhangers here. The only reason you'll need to get the next book is because you want to read it!

Posted by Evaine at 2:53 PM No comments:

Bound with Love by Megan Mulry 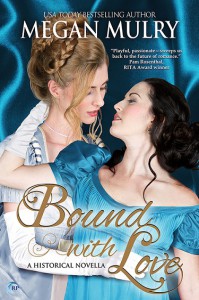 I received a copy of Bound with Love as part of the Riptide Advance Read program.

If only I was able to suspend belief enough to accept that everyone in this book is involved or wants to be involved in some kind of queer or menage relationship I think I would enjoy it much more. Because the book is well written, much in the style I've come to associate with Regency romances and many of the characters are interesting. It's just that with all the non-mainstream romances going on, it seems as if the author is trying to stuff as many characters with different queernesses into her story as possible. This would work for me in a science fiction or fantasy setting, I think, but in a historical, non-alternate world book... I find it just too much.

However the love scenes between Nora and Vanessa were nicely done, I thought. Just explicit enough to fit with the overall feel of the book and I did enjoy the relationship between the two of them. This story is really more about family and mothering than the actual romance between the two women and the realisations that they come to, whilst very convenient timing-wise, were valid and logical. I think many mothers have been there. :)

So, I am sure that many readers out there will enjoy this novella more than I did if they're able to put aside the everyone in the book is queer in some way coincidences. It was fun getting to see more of the characters we met in the first book, Bound to be a Groom - they play a vital role in this story - and we do meet characters whose stories are coming in the series.

Posted by Evaine at 2:48 PM No comments: