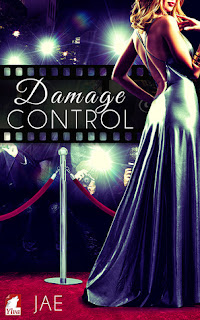 What a disappointment.  This is an f/f romance novel. It is 350 pages long.  I was 70% in before one of the main characters kissed the other main character.... on the cheek.  *eyeroll*   There's slow burn and there's almost stopped,

Now, Jae can write, but if I'm honest, we don't need to have every movement of the characters detailed.  Step by step construction of sandwiches for instance.  There was just a lot of faffing about while one character discovers and finally admits that she's a lesbian and the other character discovers that maybe the job isn't everything.  Sort of.  There was no real plot to my mind.  Just a series of incidents along the way to the couple getting together, coming out and maybe an HAE?  I'm sure the author intended an HAE but I wasn't convinced.

I will say that the one sex scene was extremely well written, steamy and hot.  It just seemed to take FOREVER for the couple to get to any place intimate!  Even when they were supposed to be baring their inner thoughts and souls earlier in the book, it didn't feel that way.

And one of the weirdest things.  One of the MCs, Lauren, the PR person, had this thing where she would cough a little when she was tired.  I'm sure it was meant to be a cute little quirk, but all I could think of every time it was mentioned all I could think of was Love Story and kept expecting her to be diagnosed with cancer. It really was unsettling.

Anyway, despite seeming to have all kinds of tropes I like, this was a big disappointment for me. It felt more like Grace's sexual discovery and coming out story rather than Grace and Lauren's love story.

Posted by Evaine at 6:26 PM No comments: 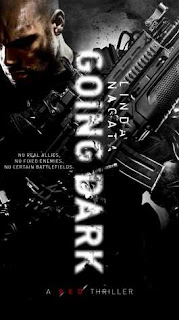 I have no idea why I enjoyed this near-future military trilogy as much as I did, but there you go, I did.

The hero of the trilogy, James Shelley, has gone through hell... multiple times.  He's been manipulated, pushed from pillar to post, lied to, betrayed... jeez... all kinds of horrible things.  And I keep coming back for more.  *LOL*

There's action galore in this third book.  Some new team members to get to know.  More mysteries about The Red.  It's pretty much non-stop from the get go.  Nagata writes so well that I can pretty much see the action happening in my mind's eye.  Part of the might be the 1st person POV coupled with the present tense which works.

I was pretty much satisfied with the way the trilogy wrapped up, but I'd be lying if I said it was a perfect ending.  I was left with a bit of a nebulous feeling of bad things still out there underneath the surface despite everything.  And maybe that's a trope of this type of book.  The main point is, that it didn't really detract from my overall pleasure with the trilogy.

I have another Nagata book in my Kobo and I'm looking forward to reading it.

Posted by Evaine at 5:50 PM No comments: 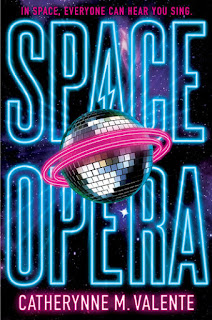 I tried, folks, I really tried hard!  I bought this book because everyone recommended it.  All the book blogs, all the SFF authors and even some of the authors in other genres that I follow.  I loved the idea of it.  And then it got picked up for a movie treatment.  It had to be good, right?

I made it 1/3rd of the way through.  Nothing happened.  Nothing except a lot of clever writing that in it's overabundance drowned out any delight in the humour I could find.  I'm not made for this type of writing, for this type of book.  It's Douglas Adams-like for sure and certain and I assume that fans of his work - and they are legion - will enjoy this book immensely.  I tried so hard to enjoy it, but I couldn't.

Posted by Evaine at 3:11 PM No comments:

Sin and Tonic by Rhys Ford 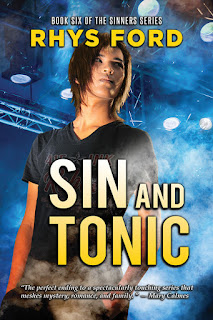 Rhys Ford's books never disappoint me.  And this, the last of the Sinners series is no different.

Miki St John and Kane Morgan finally get their totally happy ending.  Yeah, yeah, they got a happy ending in the first book of the series when they found each other and found their love, but there was so much of their story that still needed to be told.  Especially in Miki's case!

So here we wrap it all up.  We come full circle and everyone is there for the event.  Miki's band members, Kane's siblings and parents and for me, having my favourite of all the Sinners characters, Quinn, play such an important, albeit small, part in the story was the best.  And OMG, Brigid and Donal - they are the best parents ever!!

But other than that one small (in the whole scheme of things) thing, the book was terrific.  The closing circle of the series was perfect.  And Miki and Kane got their for real HEA.  I'm a happy reader.

The Crimson Campaign by Brian McClellan 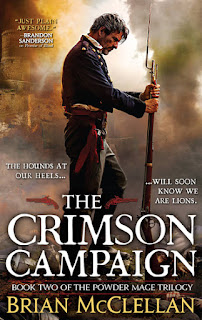 I'm late in writing up my thoughts again.  Bad habit, that.  I must get better.  Especially when the read was as good as this one was.

I totally enjoyed my first foray into what they call Flintlock Fantasy with the first book in this trilogy, Promise of Blood, so finally, tired of waiting for this second book to go on sale, I actually paid full price for it.  $12.99 for an e-book published 4 years ago.  That is SO not me.  But I needed to read it!

All my favourites were back - well, except the ones the author killed off in the first book!  *LOL*  Adamat, the police inspector; Tamas, the veteran field marshal; Taniel Two-shot, Tamas' son and powerful powder mage; Ka-poel, Vlora, Bor, Olem... and more.

I love the fullness of the characters, not a one is totally light or totally dark.  They're nuanced and believable.  The setting is richly drawn, the atmosphere alive and the world-building nothing short of remarkable, IMO.  The plots are intricate, be they the big over-arching ones or the small, private ones.

Brian McClellan is a terrific story-teller and I love the world he's created and the people he's populated it with.  The third novel of the trilogy is calling for me as are all the novellas and short stories.
Posted by Evaine at 12:01 AM No comments: