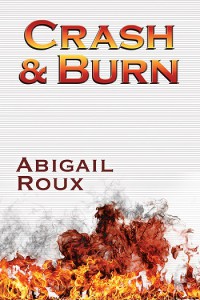 And after 9 books, Ty and Zane's tale comes to an end. And this book gets 5 stars because it was an extremely satisfying and delightful end to a much-loved series and I was so afraid that it wouldn't be.

Abigail Roux is one of my favourite M/M authors. Her characters are ones that I fall in love with, every time. Every damned time.

So, what can I say other than squeeing like a teenager? Well, loose ends were tied up quite nicely. I was on the edge of my seat, unable to do anything but continue reading until I finished. And you know what was cool? There was no, and I mean NO, publicity and advance marketing or anything for this book at all. If you pre-ordered it from Riptide, you got to download it last night and that was the first look that anyone got of it. And that was very, very, very cool. Kudos to Abi and Riptide for going that route.

Yeah, there were a couple of little things that bugged me and they are mostly things I wanted more of. There was not enough Deuce for me. I love Ty's brother, Deuce. He is one of my most favourite of all Abi's secondary characters and I wanted him actually IN the book. I actually wanted a bit more of the families - both the Gradys and the Garretts. Although the scenes between Zane and his parents left me very damp-eyed.

There was a lot of team Sidewinder, but I think that since that's where Abi's going to go next in this universe, I can deal with that - especially since I felt that there was a lot of unfinished business, personal stuff, between Ty and Nick that needed to be settled. I was pleased, though, that only Ty and Zane got sexytimes scenes this time. It's THEIR story, not Nick and Kelly's, and I was left feeling a little Irish/Doc overloaded in the previous Cut & Run book. And those scenes were HOT! One opens the book and OMG, it was AMAZING! *LOL* I wanted a cigarette afterwards! (And I quit almost 4 years ago.)

I was also pleased to see the FBI crew play more of a role in this story. I'd have liked more, but you know, if Abi gave me all that I wanted, this would have been as big of a tome as Patrick Rothfuss' The Name of the Wind. (722 pages).

I also totally enjoyed the little 'after the credits' scene included in my ebook. Very cute and very perfect. VERY perfect.

Is this the end of Ty and Zane's story? Well, I think we'll probably see or hear of them again in the future, but I think it's safe to say that they now have their HEA.

Thank you, Abi Roux for creating characters that I love to bits and giving them a finale that they deserve. :)

Posted by Evaine at 2:22 PM No comments: 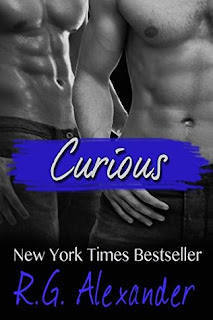 I picked this up because Heidi Cullinan went ballistic for it all over Twitter. The clinching tweet for me was the one that basically said that one of the MCs could be her own Mitch Tedsoe in another book reality. I. Love. Mitch. So... it clinched it for me. :)

What a terrific, hot, romantic, steamy book! Yes, it's out for you and there are people that don't enjoy that, but I have no problem with it if it's done well, and this is done well. It's more of a 'you love who you love' thing, which is my mantra, so I'm all for it. :)

The characters - main and secondary - are lovely characters and I really wished to know more of them. Maybe a little more character stuff in with all the sexytimes stuff? Because make no doubt about it, this book is about the hot, steamy sex and the connection between the two MCs, Jeremy and Owen.

All in all, this was a really good read with all the kink aspects treated openly, postively and shown in a way so that we can see WHY this lifestyle is appealing and okay and to be enjoyed if that's your thing. This is the first of a series and I think it's safe to say that I will check out the next book, Scandalous, when it comes out "soon". (I assume we're going to go through the other 2 Finn brothers and the Finn sister - Little Finn.)

Posted by Evaine at 2:19 PM No comments:

Emperor of Thorns by Mark Lawrence 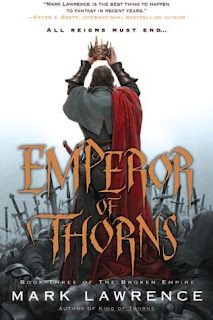 Free at last, free at last, thank God Almighty, I'm free at last! Yes, I finally finished this book and this series. I vowed that I would finish it before I allowed myself to even think of reading something else. And it was a slog, let me tell you. The first book in the series was fascinating, intriguing, full of interesting characters full of flaws and quirks. The second... well, it got off track a lot, I thought and I had a helluva time following all the time jumping. This final book, which I was hoping would return to the plusses of the first, sadly, was the hardest of all to get through.

I guess, in the end, I just didn't get the point. The writing itself is good. Mark Lawrence can turn a phrase. And I enjoyed all the references to the pre-apocalyptic world, some of the pop culture that remained in very oblique ways. There was a big deal made about the archway entrance to the big city, and I felt that I should have known what monument it was, but I assume it was European and sadly, North-American me is probably not as knowledgeable as I should be about those types of things.

Was this the story about Jorg's journey from child to young man and how the choices he made were preordained? Was the story about removing magic from this world? Did the world blow up in the end? Was it another apocalypse? Or did it all take place in Jorg's head? I sincerely don't know... and to be honest... by the end... I didn't really care. I'm all for dark fantasy books - God knows, I love CS Friedman's Coldfire Trilogy, but usually there are a few bright spots, positive things in the narrative... somewhere so that the story isn't totally bleak and unforgiving. Sadly I couldn't find them here.

I wanted to love this trilogy and it started off so well, but sadly, in the end, I didn't.

Posted by Evaine at 2:12 PM No comments: 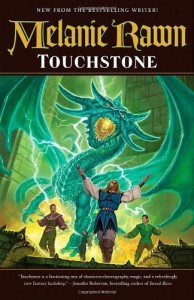 This is the first book in the Glass Thorns series and OF COURSE it ends with a cliffhanger and a bunch of unanswered questions! Classic Rawn, that. :)

Touchstone is set in an interesting world, peopled by different mythical races and racial mixes - I honestly don't think there was a 'pureblooded' anything in the whole book. And that's kinda fascinating when you stop to think about it. It's a medieval type setting with castles and archdukes and fairs and guilds and all that good stuff. And travelling troupes of players that present their pieces using magic! And it feels like everyone has at least a wee bit of magic from the mundane to the spectacular.

In Touchstone, we get the story of the forming of the theatrical troupe of four young men that ... now that I've finished it.... somewhat parallels the story of The Beatles. Well, now that I'm sitting here writing this... it's far more than somewhat. *LOL* We have characters coming from poverty and broken homes.... we have youngster excess .. rocking the boat/status quo... lots of booze, yes... we have drugs, yes... we have the threat of a woman destroying what the four have created. We have the manager that comes in and guides the young men along their career path, taking care of logistical problems and concerns and their earnings and all that.. we have groupies! There's the local bar where the troupe gets their start. Oh yeah, now that I pause and actually think about it, SO MANY similarities!

The main characters, Cade and Mieka are very much John and Paul-like. The brain and the soul respectively. And not only do they seem totally made for each other in their art, it seems to me that there's a helluva lot of UST between them. In fact, I spent the first half of the book wondering if by chance Mieka was really a girl or even transgender, which I suppose he could still be, but I don't think so. I just now want Cade and Mieka to declare their love for each other and get it on. *LOL*
So yeah... if you're into what could very well be Beatles AU fanfic done incredibly well... this could be for you. :) I know I'll have to pick up the second book now.

Posted by Evaine at 2:09 PM No comments: