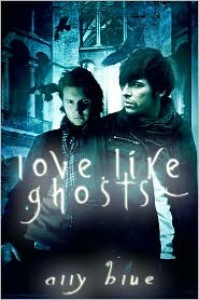 Bay City Paranormal Investigations - Book 7
Mojo Mystery Series - Book 1
So this book is officially #7 in the Bay City Paranormal Investigations series, but it really is the introduction to a new series, the Mojo Mystery Series which stars the oldest son of one of the MCs of the BCP series. So, that being said... I picked this up because someone recced the latest in the Mojo series and since this one was on sale, I figured to give the series a try.

I got tricked (okay, not tricked but...) into a NA book, I think. I found both the main characters, Adrian (the afore-mentioned son) and Greg really quite unlikable. Both of them whine, they both jump to silly conclusions, they both have tantrums, they're both suspicious of everything the other does... they were just very tiresome. I found myself thinking that if they were both open and honest with each other about the shit from their pasts that was making them both so 'skittish?', then more attention could be paid to actually growing their relationship and also, figuring out what the deal was with the ghost. But isn't all this DRAMA part and parcel of the New Adult book experience? UGH!

Another thing that bothered me was the introduction of a ton of negligible characters - classmates, neighbours etc... Do we really need to name them and give them a tiny backstory if we're only going to see them on one page handing something to one of the MCs? I don't think so.

So, that being said, will I read the other books in the series? At some point, probably. I've enjoyed other stories by this author and I do respect the opinion of the person who recced the latest in the series to me, but for now, I think I shall let Adrian and Greg be.