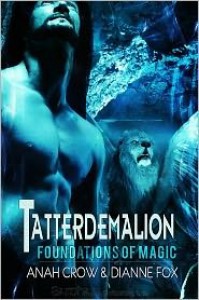 Truthfully, 3.5 stars. This was a good read.

The fantasy/urban fantasy elements were good even if I would have liked them explained a little better. Maybe this comes in later books, but I would have liked to understand why some people have magic and others don't. I also would have liked more insight into exactly what Dane, Cyrus, Vivian, Lourdes, Ezkal et al really are. And exactly how Lindsay fits in with them. You know... it's almost like reading a fanfic when you don't know much about the original canon. I felt like I was missing things, some important, all the way through, which curtailed my enjoyment.

That being said, Lindsay and Dane were lovely main characters even if a bit stereotypical. Their love story was fun to read as it unfolded for the most part and the sex scenes were hot and spicy. I just found myself wishing, as the story went on, that Lindsay would stop coming across like a typical damsel in distress. Maybe that comes in book 2?

So in the end, while the love story was nicely played out, I found the fantasy elements lacking and I think had more attention been paid to that part of the plot, this would have been a spectacular book.
Posted by Evaine at 4:29 PM