Nothing to Lose by Clare Lydon 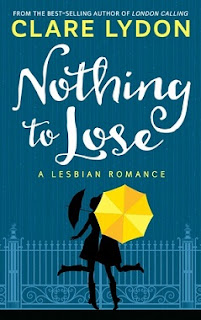 The blurb sounded so good!  Both MCs are on the cusp of turning 40, there are no deep, dark tragedies in either of their pasts, no one is suffering from any kind of mental illness or disease, neither is fresh from a break-up.  And, well, there you go.

The premise was good.  Sudden flooding, one gal finds refuge at the other gal's, the mayor's, home.  Their paths have crossed previously and there's a bit of a disagreement about the local football club - soccer football, as this is set in England.  The problem was... things were set up so that there could be some conflict between the characters but it never came to fruition, it was all explained away.   As a result, the plotline was rather bland.  Not only did we have a case of insta-love, which, you know, I can buy from time to time, but it never felt that the new couple had any real hurdles to get over.

The style of writing, the author's voice, I guess, didn't really appeal to me.  I kept thinking that it, too, was rather bland.  It never really came alive for me.  I felt constantly just a little off-centre the whole time I was reading.  I will say that the sexy-times scenes were quite well done.  A little flowery at times, maybe, but nothing to the point of where I was constantly rolling my eyes.

The story was also billed as being humorous at times.  Well... I missed the funny.  I could see the chances for it, but it was something that the author never seemed to really deliver on.

So, while this was an f/f romance that comes closer to what I'm looking for, it still missed the mark for me.