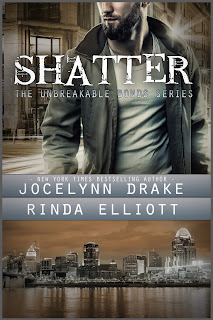 This is my m/m romance catnip.  There's action, there's a mystery of some sort, there's a band of brothers, there's humour and there's some hot sexytimes.

This is Snow's story.  Snow, or Dr. Ashton Frost, is, as his name implies, somewhat cold and standoffish - walls up for everyone except maybe his three closest friends.  He's a brilliant surgeon and sexy as hell.  Well, right up my alley, anyway.  A ghost from his past is haunting him and he's framed for a murder and his found family is under attack and of course he's trying to deal with it on his own.

I like Snow and Jude together.  They are good for each other.   They have great banter, which is another of my catnips.  And they just naturally have great physical chemistry too.  Sometimes that doesn't come across in these romances, but here it's loud and clear and I love it!