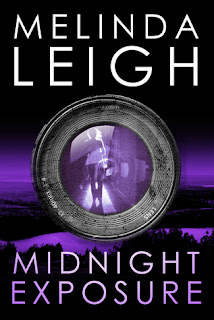 I guess I'm not having much luck with romantic suspense this week.  I DNFed the last one and this one... well, it was just alright.  Nothing exciting really.  Definitely not enough to make me overlook the things that bugged me.

And what were those things?  Well, for one, I was getting a whiff of the misogyny that so turned me off the previous book. While the hero, Reed, did his best to be respectful and look for consent etcetera, his inner thoughts were just a tad too leery for me to be totally comfortable.  When it's the bad guy, it doesn't bother me, but in the hero?  Nope.

Then there was the instalove.  I didn't buy it.

There was also a scene set in a Wiccan shop that was run by a woman who the author described as 60-ish.  You would have thought this woman was a doddering old fool, just because of her age. I'm here to tell you, (at 62), that we are nowhere near as ready for the home as this woman was depicted.  And maybe I could have glossed over it, but the heroine came across as rather judgmental and mean in her thoughts about the woman.  It was a small thing, but it really irritated me.

And then we came to the end.  I like my thrillers to come to a conclusion. This did not. All of a sudden, the people in danger were rescued, the bad guy got away, the MCs declared their love for each other and decided to move away.  Oh yeah, the bad guy got away.  It was totally unsatisfying. I went online and discovered that book two in the series concerns the brother of the heroine taking up the chase for the bad guy. I have it in my TBR, but honestly?  I'm not that anxious to read it.
Posted by Evaine at 11:54 AM