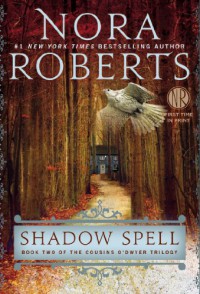 I enjoyed the second of the trilogy even more than the first! To be honest, I think it's because it was told mostly from Connor's POV and I DO love Nora's men. (I would absolutely over the moon were Nora to write a m/m romance, but she's said that she doesn't think she could do it justice, so....)

So yes, this is the story of Connor and the woman he's loved pretty much all his life, now that he's smart enough to realise it. Her name is Meara and she is a glorious, short-tempered, large-hearted, warrior princess. I liked her because she did have an explosive temper and because she had a believable set of insecurities beneath her warrior-like exterior. She was good enough for Connor who is pretty much my favourite of the six.

I think maybe I relate to Connor so much because he IS so positive and filled with faith that things will just turn out all right. :) He has the soul of a poet and the heart of a true romantic. He's sweet, thoughtful, loves women, loves men, loves life period! But when he gets angry... it takes one helluva lot... but oh, when it blows, take cover! And he's a falconer! I have a thing for birds, you see. And Connor's 'guide' is Roibeard, the falcon, the gorgeous, lovely, majestic protective Roibeard. :) Yes, I have a bit of a crush on him too.

So yes, this book hits all my buttons even more than the first one. There were passages that I must admit I teared up - Nora portrays the love between friends and families and lovers so well! The threat of the evil Cabhan is sneaky and insinuating, striking at the deep-seated inner fears of all our characters and even though they seem to hurt him again and again, he keeps coming back stronger and angrier and even though we know he will be bested in the end, it's the journey that's important. The journey of these six people finding love and bringing joy to the reader. At least that's how I see it.

Now, all the while I was reading, I was seeing this guy as Conner. From the very first pages. He's an Irish actor by the name of Eoin Macken and he is currently starring in The Night Shift on NBC and the upcoming TV movie Killing Jesus for the Nat Geo network. He also played Sir Gwaine in the BBC's Merlin. He just IS Connor O'Dwyer in my head. 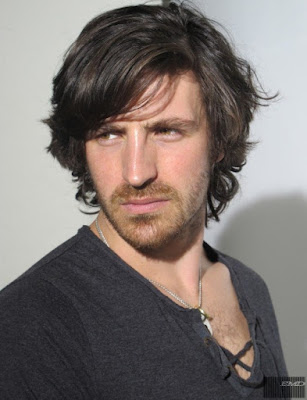